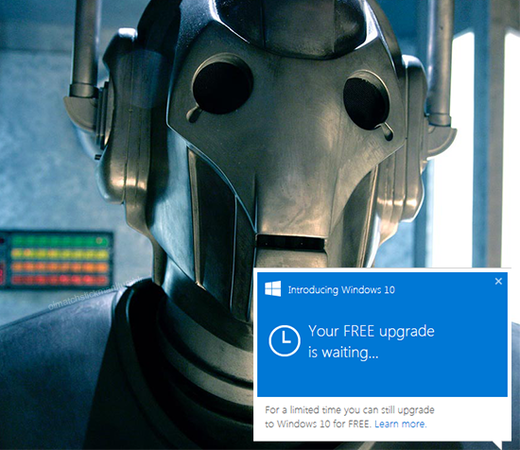 Windows 95 was released on Aug 24 1995, 20 years ago.  It caused a number of changes in how people used their computers, it introduced the Start menu which many people use almost every day.

I wonder what computers would be like now if the Windows OS never became popular/common, what system would people commonly use now…

If you want to read more, you can read this interesting article about how Windows 95 changed desktop computing.

Well… This is interesting…

Their reasons appear to be good, many of those old DRM schemes were a bit … dodgy.  It does suck that older games will be rendered unplayable, unless the person knows how to work around the issues presented by the old DRM.

All I must say is wow…

Optical illusions are very interesting, Someone made the dragon optical illusion in Minecraft a while ago.  I wonder if I have a copy of the map anywhere, it was very interesting to look at.  I think that it’d be better in VR than on a 2d screen, maybe I’ll have to make it myself one of these days…

Aside from the intro, they didn’t really say much about VR though.  At least aside from it being able to use optical illusions very interestingly.

Well, that’s it for now, have a nice day.

Well, it looks like Columbia pictures is going a bit overboard with the DMCA requests.  I mean really, taking down videos just because they have the same name as your Movie (And they were out long before the movie!)

Among the casualties of the DMCA was a video project called “Pantone Pixels” and a 2006 video produced by an NGO called “Pixels.” Also pulled down was a short film (seen above) called “Pixels,” which is the inspiration for the Hollywood production.

Update:  Evidently, the company that was handing out the DMCAs have withdrawn the DMCA requests.  I’m guessing that someone at the company set a bot to do a far too general search, hopefully something like this doesn’t happen again in the future.

Looks like Elite: Dangerous is going to be getting some new content soon…  Maybe I should play that game more.  It does have Oculus support, my biggest issue so far has been that they haven’t had much interesting content to play through yet though.  Here’s hoping that planetary landings make things more interesting. 🙂