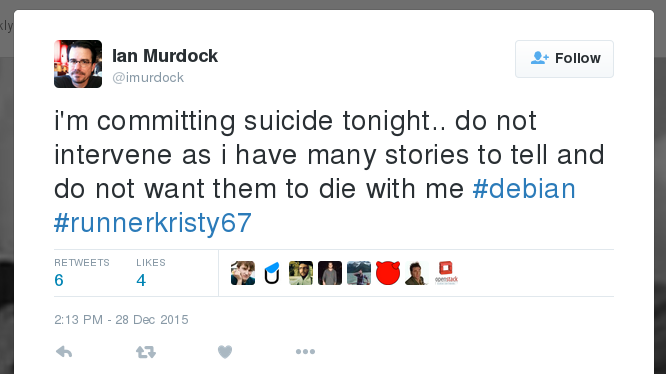 Today is a sad day… 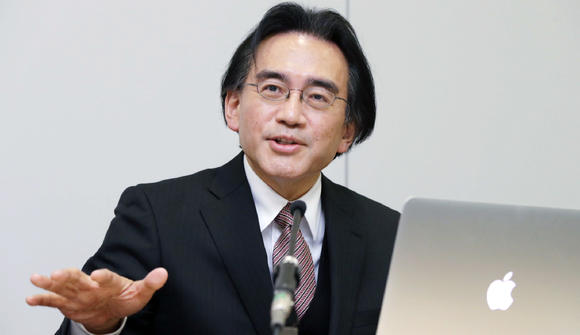 Satoru Iwata, president of Nintendo, has passed away. The company said in an official document that his death came about due to a bile duct growth, which he had been previously treated for. Here’s a look at the notice in full: Satoru Iwata started his gaming career when he joined HAL Laboratory following his graduation …

Source: Nintendo president Satoru Iwata has passed away – Nintendo Everything

I’m happy to see that the Oculus Rift will soon be released to the general public, sadly they put Mac and Linux support ‘on hold’, which means that Windows will be a requirement to use the Rift.  From some of the articles that I’ve been reading, thanks to a partnership with Microsoft (Which is probably the primary reason that Mac/Linux support was put on hold) the Oculus will be natively supported on Windows 10, and it’ll be possible to play XBox games on it.

In the end, I’ve become partial to the HTC Vive headset, it will have similar specs to the Oculus, but is being made with a partnership between HTC and Valve.  I think that Valve will want the Vive to work on their Steam Machines, which hopefully will mean Linux support.

All I can say is wow…

ORLANDO, Fla. — The employees who kept the data systems humming in the vast Walt Disney fantasy fief did not suspect trouble when they were suddenly summoned to meetings with their boss.While families rode the Seven Dwarfs Mine Train and searched for Nemo on clamobiles in the theme parks, these workers monitored computers in industrial buildings nearby, making sure millions of Walt Disney World ticket sales, store purchases and hotel reservations went through without a hitch. Some were performing so well that they thought they had been called in for bonuses.

It’s sad to see how major corporations seem to like to screw over their IT Departments.  All to save a bit of money.

MPAA, All I can do is a facepalm over this…

The Motion Picture Association of America (MPAA) has looked at tomorrow’s “Internet blackout” in opposition to the Stop Online Piracy Act (SOPA)—and it sees only a “gimmick,” a “stunt,” “hyperbole,” “a dangerous and troubling development,” an “irresponsible response,” and an “abuse of power.”

Wikipedia, reddit, and others are going dark to protest the legislation, while sites like Scribd and Google will also protest. In response, MPAA chief Chris Dodd wheeled out the big guns and started firing the rhetoric machine-gun style. His statement feels unusually angry for the normally unruffled trade group, but the MPAA has long asserted that Google simply wants to profit from piratical ad money.

via SOPA lives—and MPAA calls protests an “abuse of power”.

As one of the commenters said, pot call the kettle black.

I  am personally one of the people who thinks that the american patent system is broken.  At one time it was designed so that people had to innovate and make new things, but now, at least in the software world, it’s being used to stop any competition.  Now, thanks to the patent system, there are companies called ‘Patent trolls’ these companies buy patents from a large number of companies and use them to sue other companies or people over ‘patent infringement’.  Now apple just gave one of those companies some patents that they can sue with.

Over the last two years, Apple has been engaged in vicious legal battles over smartphone patents, many of which are aimed at squelching or squeezing money out of manufacturers of devices running Android. And now, for some reason, it has given valuable patents to a patent troll — which is using them to sue many of the top technology companies in the world.

via Apple Made A Deal With The Devil No, Worse: A Patent Troll | TechCrunch.

Tomorrow sees one of the most pivotal pieces of internet legislation pass through the halls of power in Washington. The ‘Stop Online Piracy Act’ SOPA bill, combined with PROTECT IP Act, seeks to give the US Justice Department the power to force Internet Providers into blocking access to any website that is suspected of hosting or linking to copyrighted material.Provision for ‘going after’ ‘disputed sites’ hosting companies; search engines that link to them; payment services that support them, and other ancillary services will also be granted through the act.

via Tomorrow The Internet Will Begin to Die.

So basically, any corporation could yell out ‘Copyright Infringement!’ to any website on the ‘net, and then the site will just disappear.  It doesn’t seem that it’ll matter what site they’re talking about, any site can be brought down, by removal of it’s name from all of the DNS servers in the US.  Any US Based site taken down this way will remove it from the whole world, and it could possibly happen to some sites based in other countries. (though harder, and it’d be less likely to happen outside of our controllable area.)

Small and large businesses that are based off of the ‘net could just vanish and die, I must say that this cannot happen, if it does, there will be some huge, bad, changes to come.

It’s a cool day for us geeks, as days where the same number is repeated many times are rare, The last one for quite a long time will be 12/12/12 at 12:12 AM and PM, as we only have twelve months in a year and twenty four hours in a day…  I’ll try to avoid missing that one 🙂

Also apparently some groups believe that this date may have something to do with the apoclypse, or some metaphysics stuff…  But I just think that it’s a neat date, being able to say that it’s 11/11/11!  In the end it’s just our clocks moving forward, and seeing the changes that are happening to the world.

The world lost a great man yesterday…  Steve Jobs, one of the co-founders of Apple, has died.

I may not have used many products made by his company, but I still do have to say that he was one of the greatest minds of his time, without him, I don’t know where computers would be today… though they probably wouldn’t be quite as far along as they are now.

I’ve been having some issues with a Windows Vista install that has gone on the fritz, which is why I took so long to post this…

Well, here is Part 2 of my History with computers.

Now, somethime between 2001 and 2002 we got a Windows XP E-machine, it ran well, but my mom thought that Windows XP looked too much like a clown to be good in business :), E-machines was a good company … at the time.

After that one I got a Windows XP Compaq desktop.  Once again it ran well, though fairly slowly, it was eventually pointed out that I had gotten a computer with a slow CPU, so this wasn’t Windows XP’s fault.

One of my aunts had also just married a European man (From the UK to be specific) and he brought some disks with Mandrake Linux 9 on them.  This is what started me onto Linux, I installed it on the Windows 98 E-machine, and ran it for a fair amount of time.  It wouldn’t update due to the company behind it changing the name to Mandriva, which broke the older updaters.  I ran it off and on for a while, but stuck mostly with Windows.

Around this time is when I started to see problems with some of our computers.  My mom had gotten another E-machine around the time that I got the Compaq desktop computer.  Her E-machine computer started randomly re-booting, and crashing.  we took it into the Geek Squad… for a whole week, and they gave it a clean bill of health.  it died two days after, motherboard failure.  She got a HP Desktop from Walmart with Windows XP Media Center Edition.  This was just before the release of Vista, so it had one of those ‘Windows Vista Capable’ labels.

The HP Machine ran very well for over a year, then it got a Virus which wasn’t detected by the Virus checker, it did a lot of damage to the OS before I installed AVG Free Antivirus to replace the older, paid, program.  The viruses were detected and removed, but the computer was far too unstable for work.  My mom needed that computer running well within 24 hours, and she didn’t trust the Geek Squad since the last machine.  I decided to try out Ubuntu Linux.  The machine was running by the next day, able to boot between the unstable copy of Windows XP, and Ubuntu 7.04.  In retrospect, this was the first step to our ongoing removal of Windows from our main machines.

At this point I got a new E-machine, which had a very badly bugged copy of Windows XP (Last XP Machine at Walmart, everything else was Vista) The copy of Windows XP could not run any Full-screen programs, even though I installed a high-end graphics card.  It was soon running Ubuntu 7.04, and it got upgraded to 7.10 in October of that year.

Whew, that was a lot of text 🙂  Tune in tomorrow (I hope…*) for the third part of this series! Windows Vista, and Beyond!